On a mission of madness, does Raven seek justice…or revenge? 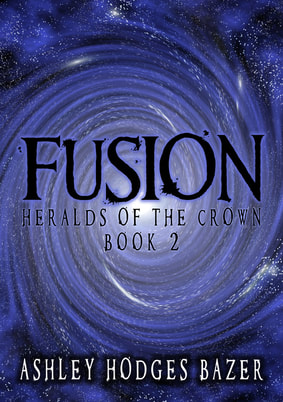 The lives of the Criswell family are disrupted when a spacecraft crashes near their home. A single survivor is discovered amidst the wreckage—a boy named Dacke Lassiter.

Ten years pass, and Raven, the youngest of the Criswells, has fallen in love with Dacke. Their plans to run away together are foiled by news of a legendary challenge. As Protectors of the Logia faith, her family is honor-bound to defend the name of the Crown against the Strages—an evil, merciless faction bent on destroying the Logia and the Crown alike.

Raven prepares for the battle with her family, but when she faces Thaed, the leader of the Strages, her strength of will fails. Crushed by her actions, she is driven to the edge of sanity and the brink of suicide. The lure of retribution replaces that of self-annihilation, and Raven begins the hunt for Thaed.

Her rundown ship doesn’t get very far before she has to find other means of transport. She meets a lone pilot named Kaine Carrick who offers his assistance. Raven’s brothers catch up to them, and the ensuing adventure leads the small group across the system to creatures of supernatural lore. But will it lead her to the justice she seeks?

An epic tale in the spirit of Clash of the Titans and Sinbad, Legend of the Seven Seas.
© 2022 Ashley Bazer