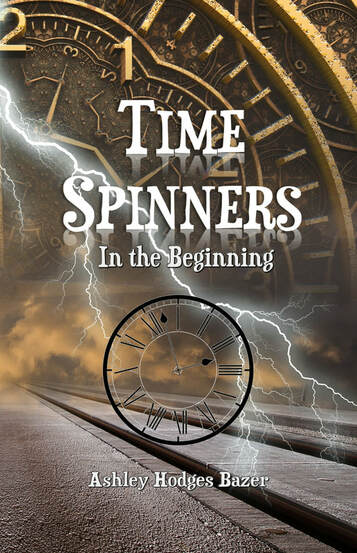 ​While hiding from the school bully, thirteen-year-old Sam Miller finds a time-bending watch and is caught up in a battle for history between the Time Spinners and the evil Revisionist.

When Sam touches the watch face, he’s transported to 2028 Scotland, where he meets Decker, Ben, and Andi—the Time Spinners. Their mission is to stop the Revisionist who steals historical artifacts and scatters them across time, thereby changing the future. Once an object has been out of linear time for twelve hours, history changes. The Revisionist’s most recent heist involves a portal generator from Ben’s time of 2028. He intends to deliver the generator to Hannibal in 218 BC, helping the ancient general win the Second Punic War and bring down Rome. In joining the Time Spinners, Sam winds up in a race against time and a quest to save the universe.
​
© 2022 Ashley Bazer